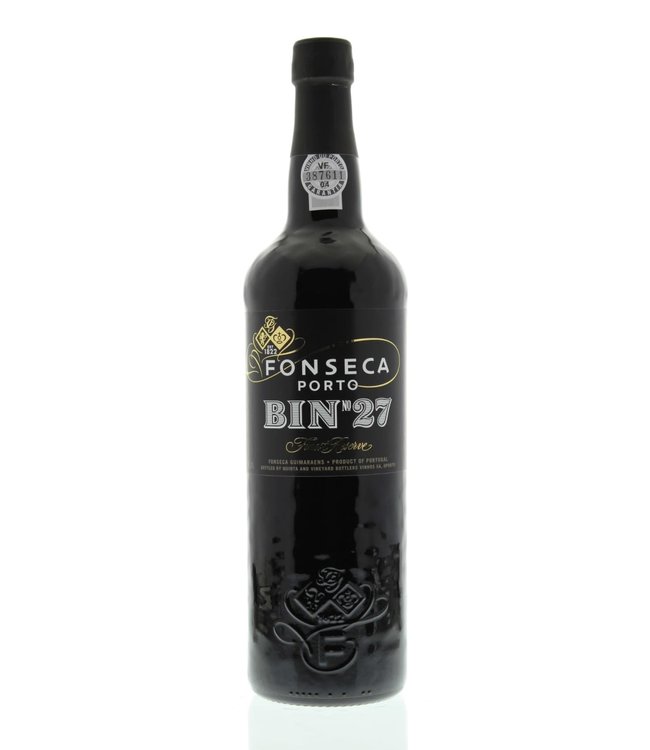 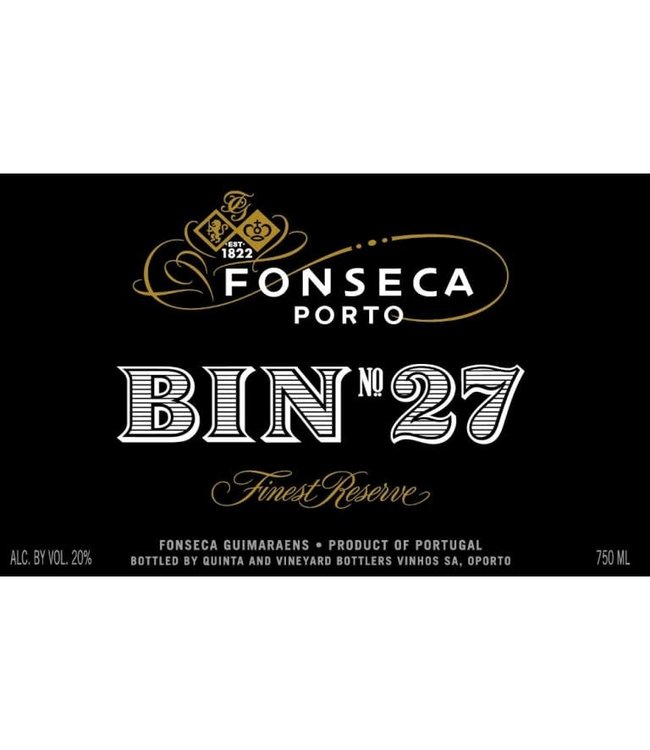 Fonseca Bin No. 27 was created over a century ago for family consumption, and only released commercially in 1972. It is produced primarily from wines from Fonseca's own quintas in the Cima Corgo and thus shows an exceptional quality and consistency from year to year. Blended from reserve wines selected for their intense fruit character and depth of color, Fonseca Bin No. 27 spends four years in large wood vats prior to bottling. Although it may improve slightly with bottle age, Bin No. 27 is ready to consume when bottled. It does not require decanting, as a cold precipitation prior to bottling prevents any "crust" from forming. Its well-knit structure, rich, velvety full body and luscious blackcurrant and cherry flavors, also evident in the nose, carry into an intense, lingering finish. Bin No. 27 should be served at room temperature either alone or with simple, classic last courses and desserts. It is best consumed within two weeks after uncorking.

Bin 27 remains one of the most reliably deli-cious Ruby reserves, presenting the plump Fonseca style in a wine that’s remarkably easy to drink. Its scent of purple plums emanates from a luscious texture, the wine’s freshness firmed up by schist tannins. Enjoy a glass with crusty peasant bread and meltingly ripe Queijo Serra da Estrela. Best Buy