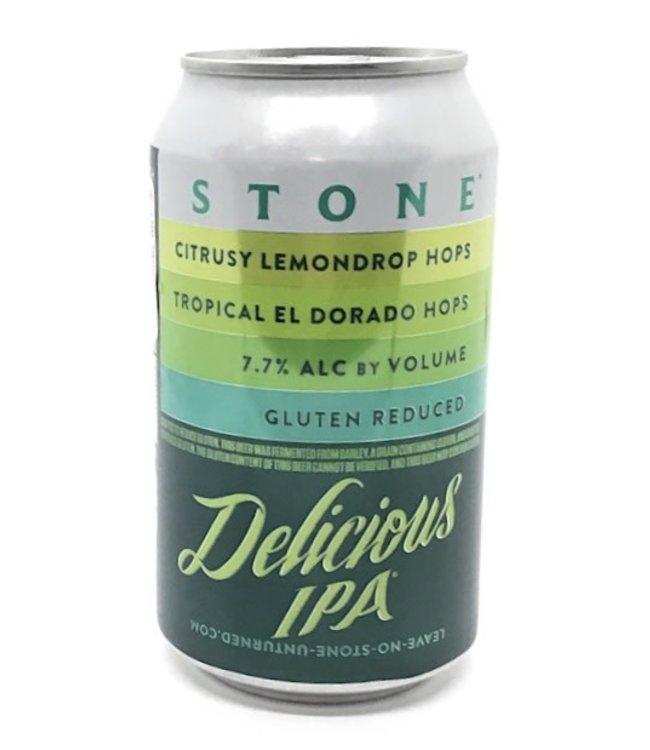 While our beers are many and diverse, yet unified by overarching boldness, India pale ales are our undeniable bread and butter. The result is an intensely citrusy, beautifully bitter beer is worthy of the simple-yet-lordly title of Stone Delicious IPA. Lemondrop and El Dorado hops combine to bring on a magnificent lemon candy-like flavor that’s balanced by hop spice. It’s unlike anything we’ve tasted in nearly two decades of IPA experimentation, and another lupulin-laced creation we’re excited to introduce to hopheads everywhere.