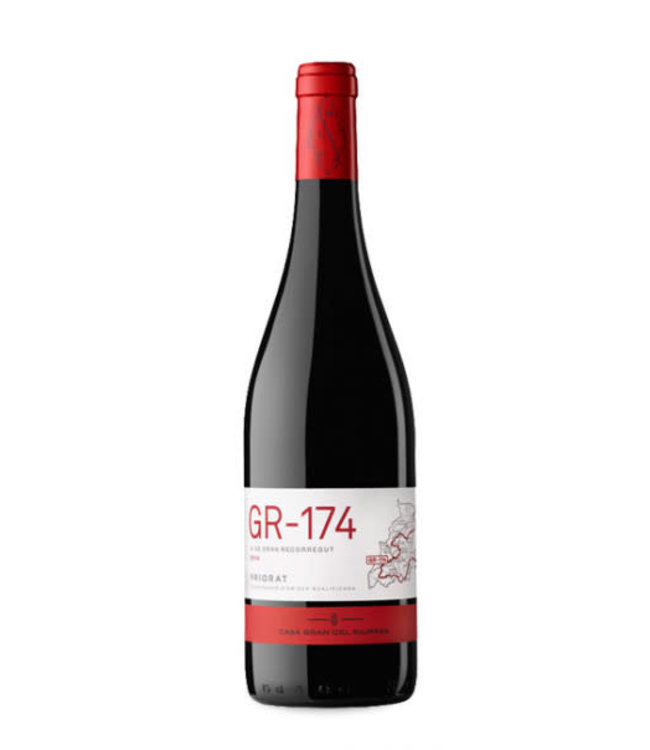 GR-174 is a red wine from D.O. Priorat produced by Casa Gran del Siurana. This wine is a coupage of the varieties Grenache, Cabernet Sauvignon and Carignan.
The vineyards used to make GR-174 are distributed among eleven municipalities of the region. The vines grow on terraces or steep slopes, and the soils are comprised of red and black slate.
In Priorat, summers are usually hot and dry, whilst in winter temperatures can drop below zero.
The harvest of the grapes used in GR-174 is carried out manually. Then, they are taken to the winery in 20-kg boxes.
After being selected, the grapes are destemmed and crushed slightly, before they go through the maceration process at 10ºC. The fermentation lasts between two and three weeks, depending on the type of grape.
After this, the saignée process takes place, and the must for GR-174 is transferred to French oak barrels, where it goes through the malolactic fermentation.
In these same deposits, GR-174 ages for around five months, although the ageing period may vary depending on the vintage.
GR-174 is the name of a route that crosses the region of Priorat from one end to the other. This wine, which is born from different plots of the region, could not find a name that would better represent its essence.